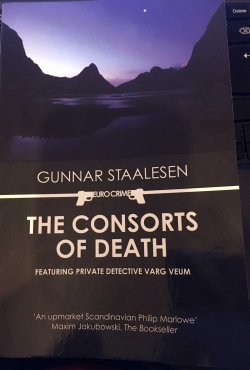 High above the mountains, the moon had appeared, the earth’s pale consort, distant and alone in its eternal orbit around the chaos and turmoil below. It struck me that the moon wasn’t alone after all. There were many of us adrift and circling around the same chaos, the same turmoil, without being able to intervene or do anything about it. We were all consorts of death.

There are two things to notice about this entry in the Varg Veum series – first, it is the debut of Don Bartlett as translator; two, it is not set more or less contemporaneously with publication. END_OF_DOCUMENT_TOKEN_TO_BE_REPLACED