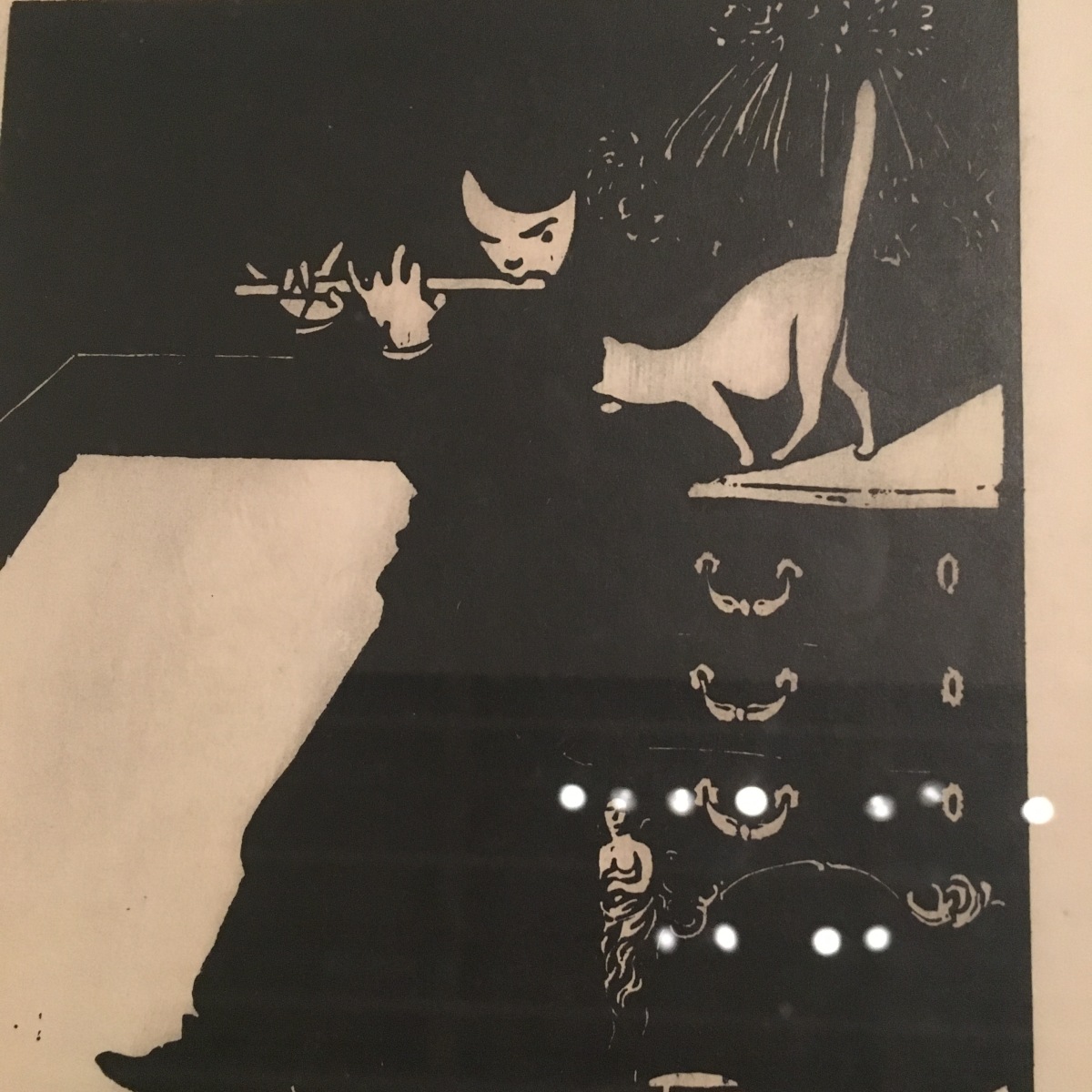 I had a grumpy wander around the Pierre Bonnard exhibition at Tate Modern, but it wasn’t doing much for me, or the crowd were getting in the way. Bonnard was part of a group of French artists, Les Nabis or The Prophets, who had mostly been to the Académie Julian in the late 1880s, and who were fans of Paul Cézanne and Paul Gaugin. Other members included Maurice Denis, Paul Ranson, Ker-Xavier Roussel and Édouard Vuillard.

END_OF_DOCUMENT_TOKEN_TO_BE_REPLACED

I think I first saw a Paulo Rego work at the Anthea Turner Gallery, a drawing of a back street abortion in the Youth exhibition which was the first of their shows to make a splash. It was simultaneously fascinating and painful, heartbreaking. There was an exhibition in Hastings of some recent work, inspired by a Spanish book, Hélia Correia’s The Boy Who Loved the Sea and some self portraits, made after a fall. There was a fairy tale quality to them; indeed I later saw an exhibition of fairy tale inspired pictures by chance at the Marlborough Gallery. She also showed up at a late room in the predominantly make Painting From Life exhibition at Tate Britain. END_OF_DOCUMENT_TOKEN_TO_BE_REPLACED

This is a bit spoilery in some of its gestures.

You know that you are going to be in for a bumpy ride when the near future setting epigraph to a film crossfades from a line about humanity’s future lying in the stars to the title Ad Astra, in case we can’t translate the Latin. Then the film goes into voiceover, wannabe Blade Runner, but the point of a voiceover is surely to mess with the visuals not to mesh with them. There is no point in him telling us that he is looking for a door and then showing us a door — later he tells us that he feels that he in the dark, holding onto a rope, as he is in the dark, holding on to … well, you get the idea. 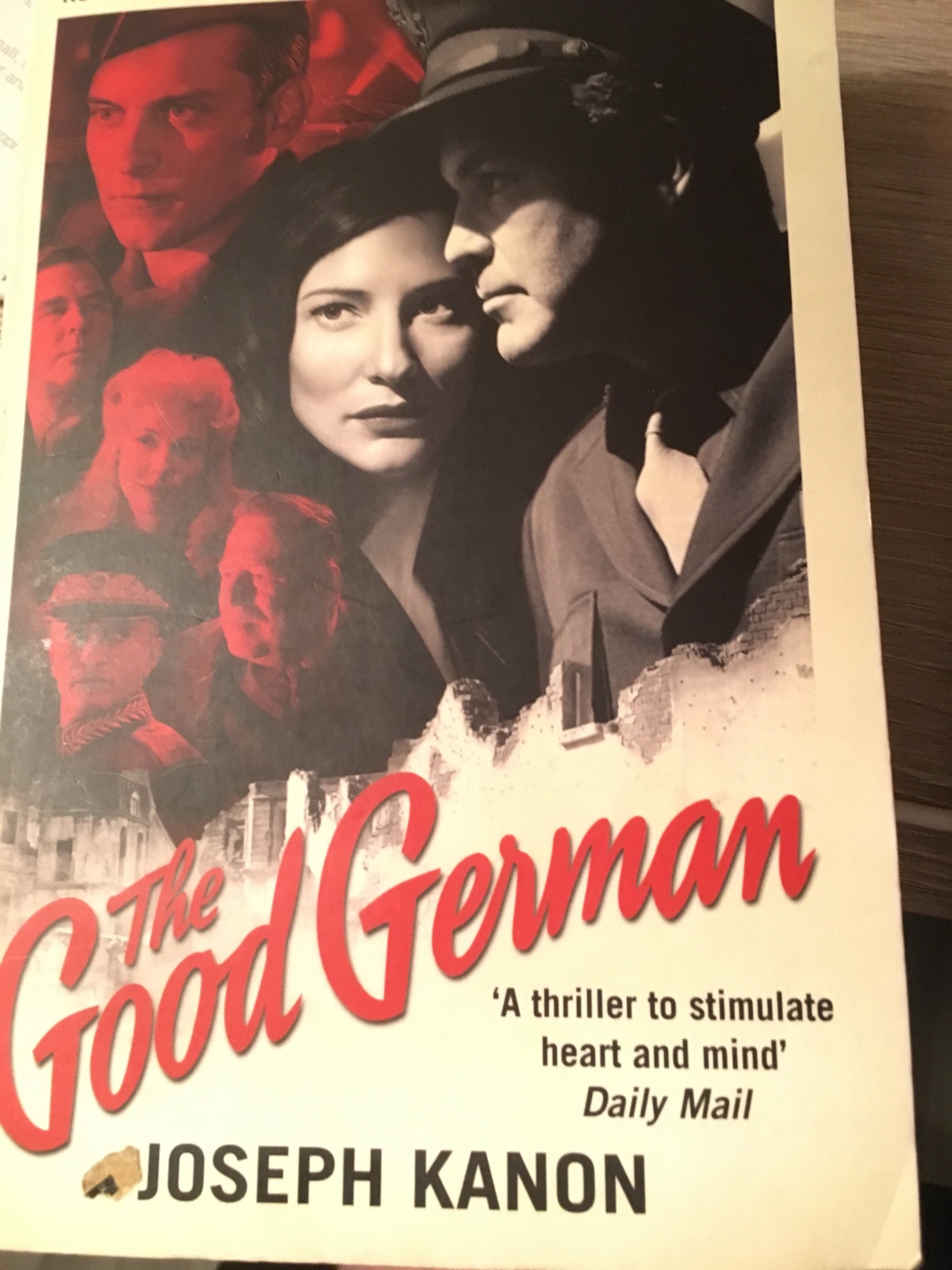 I’m not sure why I bought this, although this edition ties into a Steven Soderbergh which I recorded off the telly and still didn’t watch. It has been kicking around for five or six years, and went to America and Ireland and back, with no more than eighty pages read.

So it’s the dying days of the Second World War and the journalist Jake Geismer returns to Berlin in search of a final story and an old girlfriend, Lena, whose husband is a rocket scientist and engineer who both the Americans and Russians want on their side. When a young American is found shot dead in the river in the Russian zone, Geismer begins to investigate who is behind this. And then a female press photographer is shot dead, with Geismer suspecting he is the intended target.

The Guardian compares it to Graham Greene’s The Third Man, a novella about a tenth of the length dealing with some of the murkier business of the war, and a classic film full of memorable moments. This book is, alas, unmemorable, whose titular German I had to double check the identity of. Whilst Geismer is in every scene, it is written in the third person and the shocking revelations seem rather flat. We know the ambiguity of Werner von Braun, and have since before Tom Lehrer satirised it. Here, however, I just wanted them to get on with it. I think this will go back to a charity shop.

Edvard Munch. There are Worlds Within Us

Bergen has one of the world’s largest Edvard Munch collections in the world, largely collected by Rasmus Meyer from the artist himself, and donated to the city. A whole room in KODE 3 is normally devoted to his version of The Frieze of Life, Munch’s overarching but flexible depiction of the cycle of life and death. Two more rooms bring together earlier and later work, with a spill out room that sometimes contains prints. But for now, those rooms are filled with photographs — more to come — as the collection moves to an exhibition in KODE 2 alongside selections from the National Museum of Art and Design, the Munch Museum and the Gundersen Collection.

END_OF_DOCUMENT_TOKEN_TO_BE_REPLACED

For a good chunk of this film I sat there wondering who it was playing Anthony.

END_OF_DOCUMENT_TOKEN_TO_BE_REPLACED

First times are both easy and impossible to remember.

There must have been a book based on The Clangers. I read the “Bleep and Booster” cartoons in the annual Blue Peter book, with no sense of what it was. And children’s books, for the under sevens, often shade between fantasy and sf.

But for all my disdain for Wookiebooks (which is probably spelled wrong), I’d place my bets that the first sf novel I read was Doctor Who and the Dalek Invasion of Earth, followed by Doctor Who and the Genesis of the Daleks. And I’d like to think that it was in October 1977, when I moved up to Nottingham Road Junior School, because I was probably allowed in a different section of the library by then. I suspect I’d watched “The Face of Evil” as my first television encounter — although I have a ghost memory of Three and Jo Grant looking out over a balcony in “Planet of the Daleks”. But I took these two hardbacks home and devoured them. END_OF_DOCUMENT_TOKEN_TO_BE_REPLACED