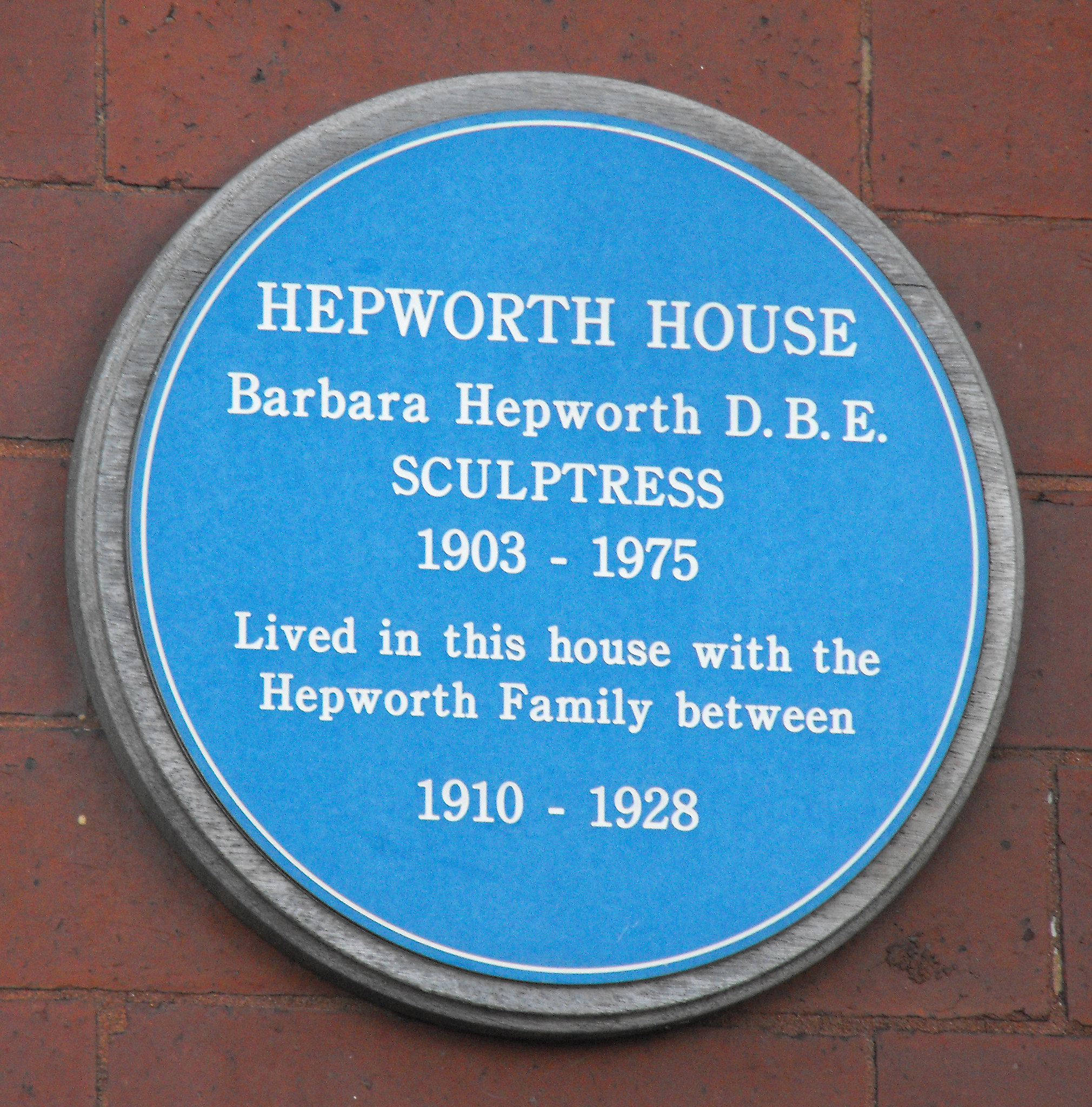 I really like Barbara Hepworth’s work. It has a kind of tactility to it, a sensuousness — it cries out to be touched and caressed. I’ve been up to Wakefield and looked at the plasters and maquettes and the blue plaques, and down to St Ives to see the studio and at some point saw the hospital drawings.

So I was looking forward to this Tate overview, in the same space where they showed Henry Moore.

I’m going to do two write ups, because I want to do it justice. But this time round, I’m going to be critical whilst thinking you should really go.

Major galleries still rarely do one women shows (although note Tate Modern this spring and summer).

There’s always a danger when providing context that this takes away rather than enriches your appreciation of the materials. In the first room, there are lots of hand carved sculpture, not all by Hepworth. We’re told that one of her strengths was direct carving — inspired in this by Henri Gaudier-Brzeska, Jacob Epstein and Eric Gill, but also by the fact that the was apparently a whole lot more of this than we realised. Everyone was up to it. One missing name was Leon Underwood, whom I might well come back to, who was a tutor to Henry Moore. Was she that special?

Before she married Moore, she married Ben Nicholson and before that John Skeaping — another direct carver — and there is a room of works by Nicholson responding to hers and vice versa. I like Nicholson’s work, but, again, I’m a little worried it takes away from her. I suspect not, but. 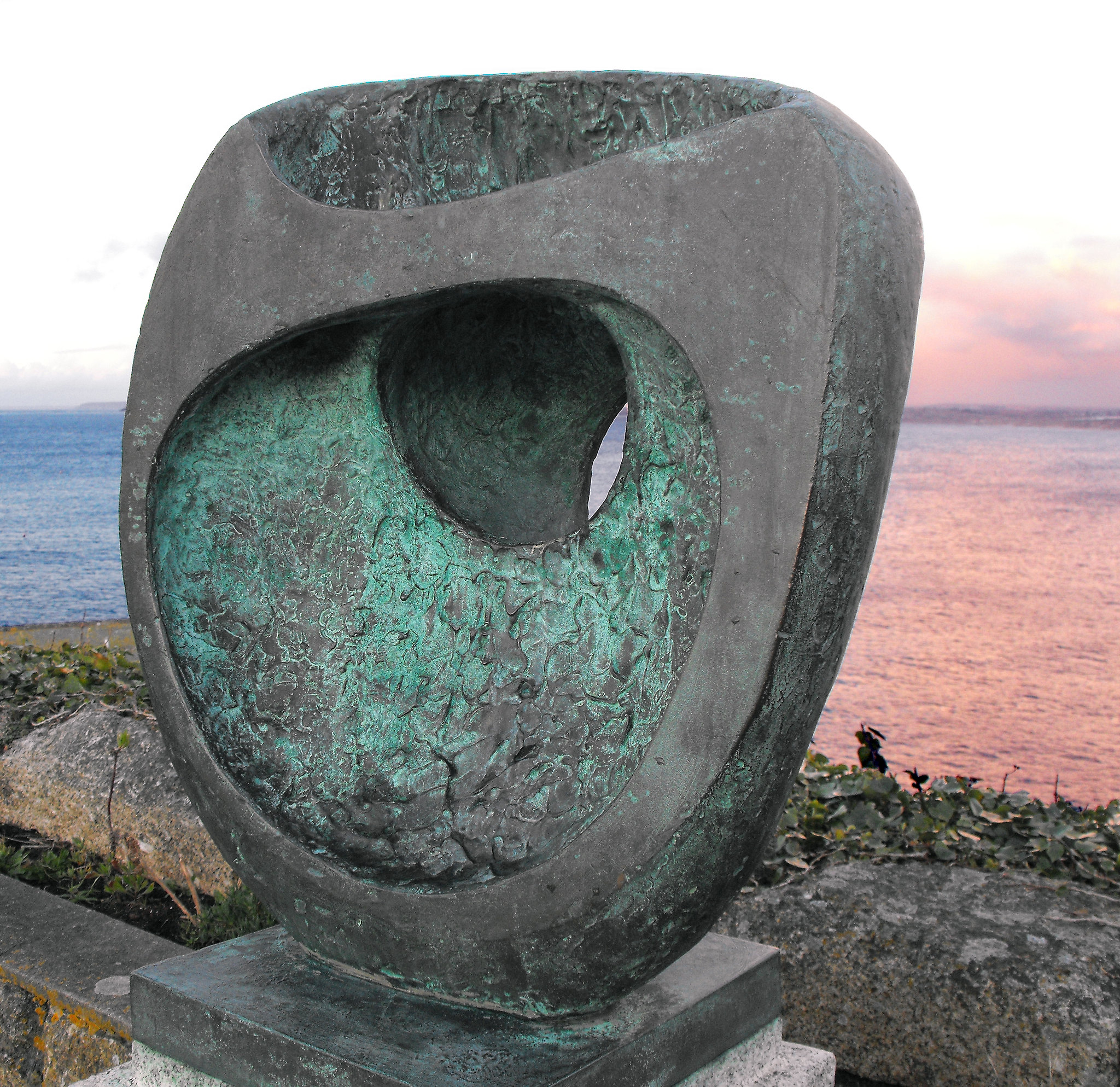 In a later room there’s a documentary, Figures in a Landscape (Dudley Shaw Ashton, 1953), with Cecil Day-Lewis reading bad poetry over footage of the Cornish coast, telling us about how history and then Man has sculpted the landscape — you know that “invisible” sexism that defaults to and his? You want to scream, YOU KNOW HEPWORTH IS A WOMAN, YES? Eventually her sculptures start appearing in the landscape, and for a more you assume the apes will start worshiping them and a certain theme will appear on the soundtrack. Or you assume it’s the inspiration for Led Zeppelin’s Presence.

At the end of the show, there’s a recreation of the Rietveld Pavilion from a Dutch sculpture garden, with sculpture finally naked — up to then, more or less, everything is in vitrines. I know that hands can leave marks and grease and patina — but I don’t recall Moore’s being so glassed off. Were there ropes? It’s great to get a full 360 view of them, but it makes the exhibition a maze (where have they hidden the label this time?) and its frustration because you just wanna touch. And at the end it’s not clear if you can.

Did she not sculpt for a decade? Was the later work earlier? Or was it all large scale stuff like the UN piece or the John Lewis’s one?

Did I miss a chronology of the artist? Okay, the exhibition guide tells you she died in a fire, but it still feel a little off-key.

The really sad thing is there is fantastic stuff here, but I’m not sure justice is done to it. I will go back, I suspect in late August now, having read the catalogue, and say more.