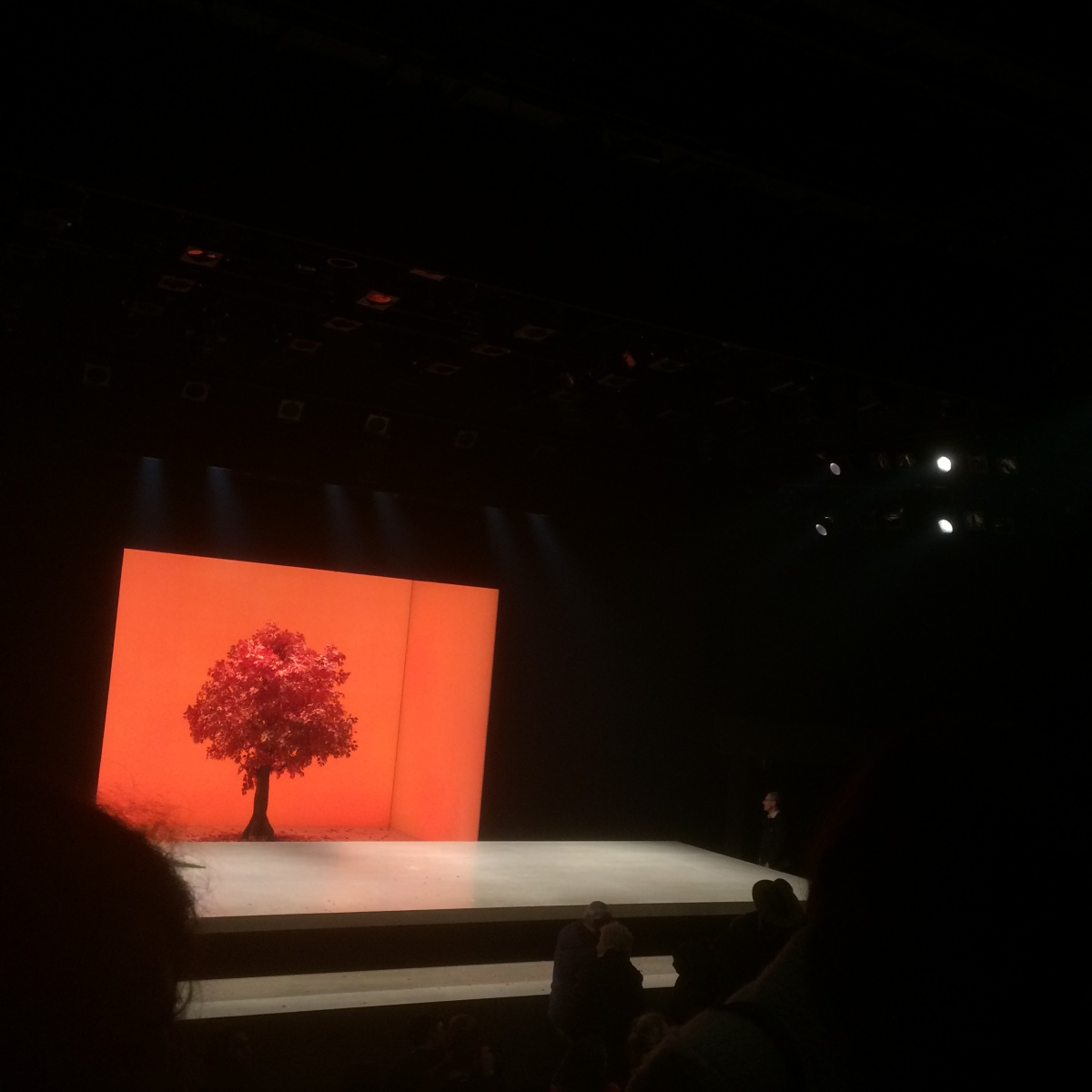 Inevitably, when faced with a two part, seven-hour play about young gay men in New York, the memory returns to Angels in America. But this is twenty years later, new rather than revived, and focuses on a generation of gay men for whom AIDS is more treatable and preventable, given the right connections to health care. Coming out is less of an issue now, the anxiety is over whether to marry and how to adopt — a transgressive gay culture has been replaced with a nice apartment, kids and a weekend home somewhere upstate. For better or worse. In fact, some of the characters express nostalgia for the community in the era of HIV and ACT UP, as the heterotopia of the gay bar, the bath house, the sauna and the heath are replaced by Grindr (other apps are available).

So we begin with ten or so young men, all but two white, presumably on some kind of creative writing masters, attempting to write their Great American Novels, all but Toby blocked. Into this group comes the older Morgan, a writer, there to advise and goad, to help them workshop the novel.

The play is that novel.

Morgan is, of course, Edward Morgan Forster, the gay novelist (to be reductive) whose Howards End and Maurice have already inspired them and which weave their way into plot and character. Angels in America had Roy Cohn and Ethel Rosenberg as its real life characters interacting wit the fictional; he is less monstrous than the former but no less scene stealing. A Cohn figure will come into the frame from Act III. At the same time, Forster gets a bit of a raw deal as the cowardly closet case, necessarily discreet in the era after the Wilde trials, but there was simply no way that he could have published Maurice in 1912 and his retreat to subtext in Passage to India marked his departure from the novel form. At times it is as if we are invited to reread Howards End with the women as men, and The Inheritance is a studiedly male cast, with a key exception.

The story that is told is of the ordinary Eric Glass, human rights campaigner, and his lover Toby (a hint of Tibby Schlegel?), a novelist and aspiring playwright, who are about to move in together. Their lives are turned upside down when they intersect with Adam, whose Strand tote bag Toby takes by mistake in lieu of Leonard Bast’s umbrella (although there will be umbrellas latter). Whereas Bast had a precarious existence, Adam appears at first sight to have been born into privilege and is an aspiring actor, keen to play the lead in the adaptation of Toby’s novel. Eric and Toby split, Eric falling in with Walter, an older husband of a billionaire, and in turn Henry Wilcox, a republican supporter. Toby, meanwhile, is falling from grace and forms a relationship with rent boy Leo, a doppelgänger for Adam and a second, more desperate, Bast who becomes a gay Pygmalion with potentially lethal consequences.

The story telling is potentially a naff start — but in a set consisting of an IKEA-coloured platform that rises and falls and a black curtain which can open and close, the young men are alternately chorus and incidental characters, commenting on and criticising the action or entering into it. We are taken to apartments, discos, swimming pools, Fire Island and Henry and Walter’s answer to Howards End. The conceit is largely abandoned for the second play, with the presumption that the younger writer has been trained by Morgan, and to some extent it loses itself in lack of resolution.

Indeed, the second play is not as strong as the first, with a sentimental repetition of history and the failure to avoid Tony Kershner’s love for monologuing and Big Significant Dialogues. We do get one extraordinary debate — the seeming utopia of the first two acts is threatened by the 2016 US Presidential Elections. Our characters support Hillary, of course, but Trump wins and Wilcox is not only a Republican, but a Trump donor. He is allowed to argue that he pursuing his own self-interest, and that the HIV campaigns of the 1980s were as much a triumph of individual endeavour as deploying a state. It’s necessary for a dramatic counterpart to undermine the echo chamber, but individualist philanthropy will win out, and I could never quite believe that Eric could be so easily be in love with Wilcox.

Somewhere in here is the novel’s only connect. On the one hand, it is the education of the young gay man by the older, in a world where the state or the family cannot or will not educate a younger generation about the facts of (gay) life, there is the need for mentorship, of Morgan for the writer, of Henry for Eric, of Toby for Leo. Sometimes this may seem problematic, but it is a workaround. But the only connect is also the world of the bathhouse, the sauna, the heath, the hookup app. And that casual sex culture has its dangers (as well as pleasures) in the era of HIV. In an extraordinary coup de théâtre we are made to feel the loss of almost a whole generation and their potential, even though the banding together of the survivors, the dying and those living with AIDS made powerful lobbies. It skirts with mawkishness and catharsis, even as the play chooses to focus on those living with AIDS rather than those dying. We perhaps want the happy ending that Forster wanted for Maurice but can’t guarantee for Eric, Toby, Adam or Leo.

The characters aren’t all white, but aside from perhaps one character (a delightful cameo of an artist who paints meaningless paintings who Henry offers to mentor) they are all cis. And until Act VI, or the last hour of the two plays, all the others are male. This is a mistake, I’d say, because we never get to see girlfriends, ex-wives, mothers, daughters or best friends. These homosexuals are purely homosocial.

Perhaps this is to build up the elephant in the room, as it were, of the much belated appearance of Vanessa Redgrave. Arguably she is too old for the part, but she takes the play by the scruff of its neck when it is in risk of flagging. To some extent, even this character could be male, but a mother who has found expiation perhaps is more fitting than a father. The role clearly needs a major actor — I can see Meryl Streep (who is namechecked) or Glenn Close playing it. But the baggage she brings to her speeches — along with memories of the film Howards End — gives them some weight.

Some critics have suggested the play could benefit from being trimmed down to a single three hours, even three and a half, but there is enough sharp wit to keep us on our toes and laughing before we are crying. The play even dares to suggest that no one would sit for seven hours in a theatre, but I think we’d object that we would. The cast is superb — I’d single out the scene stealing Andrew Burnap as Toby, Kyle Soller as still centre Eric, Samuel H Levine as Adam/Leo, Paul Hinton as Morgan/Walter and John Benjamin Hickey as Henry. All the young actors are attractive, perhaps too attractive, just the right side of arch and camp most of the time.

Despite minimalist setting, there are some stunning tableau — notably visions of this version of Howards End, although the wych-elm becomes a cherry tree in a nod to Anton Chekhov and the house a doll’s house in a nod to Henrik Ibsen. It will have helped to have read Forster’s novel — there is a twist that caused audible gasps but is taken from the book — but it isn’t essential. Some longeurs could be trimmed, but the plays fly by.