We always reach for a short hand, and Schjerfbeck’s is Kahlo crossed with Munch.

The former is easier to see than the latter.

Kahlo suffered from various physical problems that made mobility difficult, Schjerfbeck had a fall as a child that meant she found it hard to walk. Both recorded self portraits throughout their careers. There the resemblance seems to end. Munch and Schjeckbeck both ploughed their own furrows and painted isolated figures. But the feel of each is very different, despite both scraping away at the canvas. The fact they both come from Northern Europe — Norway and Finland — seems neither here nor there.

I don’t recall seeing any Schjerfbeck in the Ateneum in Hecksinki, but then I think the twentieth century was closed for refurbishment. My book of Finnish art is not helpful, as the index is riddled with mistakes. So I meet one a Finnish artist for the first time in Mayfair.

She was born in 1862 in Hecksinki, to a Swedish speaking family, and was the daughter of an office manager who was to die in 1876 and a mother who survived to 1929. From an early age, she showed talent in drawing, and after a meeting with Adolf von Becker she gained a place at the Finnish Art School and then at his private art school. 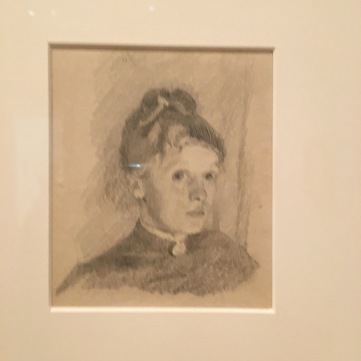 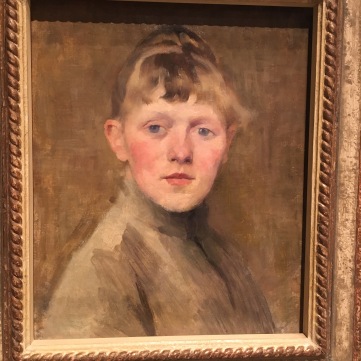 After her Wounded Soldier won a prize in 1880, she travelled to the Académie Trélat and Académie Colarossi in Paris. In summer 1873 she stayed at the artists’ colony in Pont-Aven, Brittany, and in 1887 she made the first of several visits to St Ives, where she was friends with artist Marianne Preindlsberger and her husband Adrian Scott Stokes. This had an influence on her use of light and her engagement in genre paintings, but she was to leave this Impressionism behind. 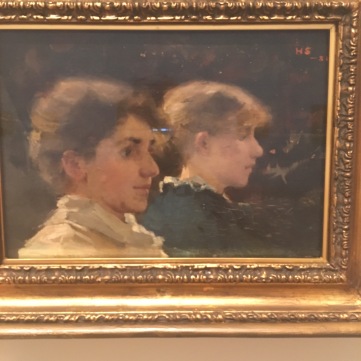 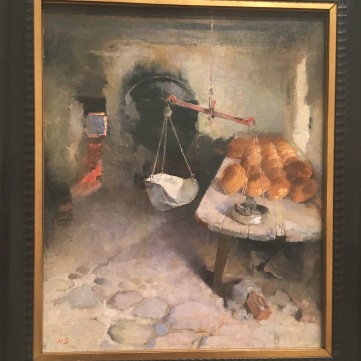 In 1892, having returned to Hecksinki, she was commissioned by the Finnish Art Society to visit the Hermitage to copy Hals and Veláquez among others, then to the Kunsthistorische Museum in Vienna for Holbein and more Veláquez and to the Uffizi. She taught drawing, which took away from her time for her own work, and was not engaged in the Matter of Finland as the country reached towards independence. She was frequently ill. With her mother, she moved to Hyvinkäa in 1902, away from the mainstream of Finnish art. But she saw many fashion magazines and read the art journals, and this continued to feed her imagery.

By the time of the First World War, Schjerfbeck was ready to be embraced and was commissioned in 1915 to submit a self-portrait for the Finnish Art Society. Her reputation grew with solo exhibitions and international acclaim. When the Soviets invaded in November 1939, she was evacuated to various places in Finland and then moved in 1944 to Stockholm. She kept painting, especially portraits, until her death in 1944.

She never married, perhaps because she was a carer for her mother (and whom she paints in the manner of Whistler), had an engagement with an unknown artist who broke off their engagement and a friendship with artist and writer, Einar Reuter (1881-1968), who was to write the first biography of her (in Finnish, which she apparently couldn’t read). Reuter fell in love with and married another woman in 1919, on a trip to Norway she had paid for. Among the various paintings she made of him, there is a topless portrait, The Sailor (1915), in which I can’t help but see an erotic gaze at work, even if he’s no Tom of Finland hunk. 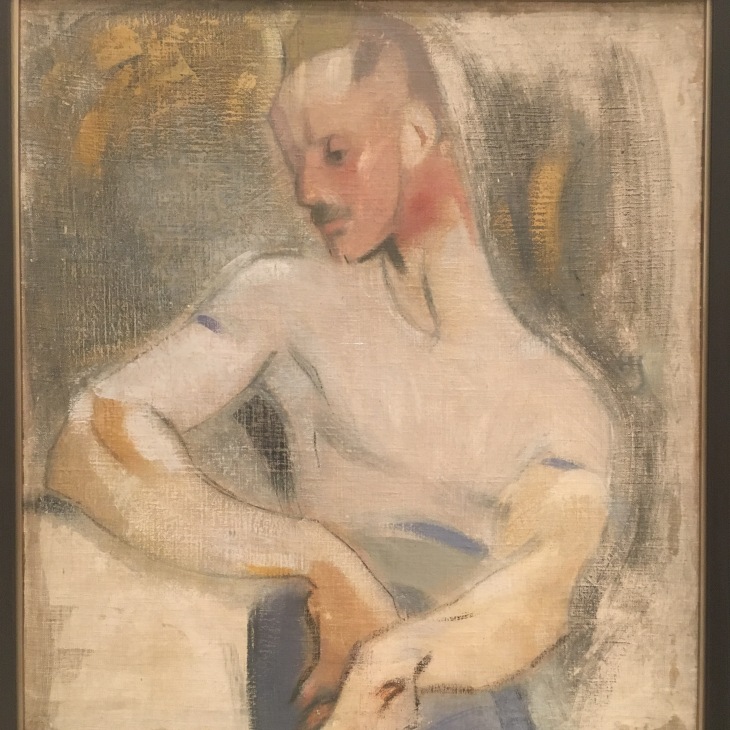 It’s notable that she creates a masquerade — this is typical of her portraits in which the sitter is transformed. Her favourite nephew, Måns Schjerfbeck (1897-1973) becomes the rather dapper and dashing The Motorist (1933), despite being unable to drive. The model for The Skier (English Girl) (1909) probably could not ski, and looks more like a circus performer, her make up echoing the trend for the Rococo revival, whilst elsewhere she echoes the Parisian fascination with Japanese prints. Neighbours and nurses were translated into very different figures, sometimes echoing the El Greco paintings she had seen on her travels. 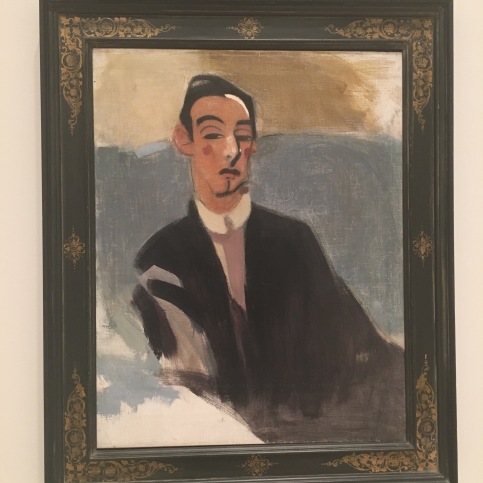 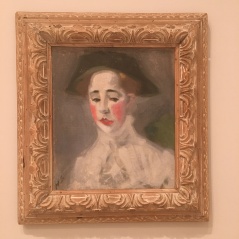 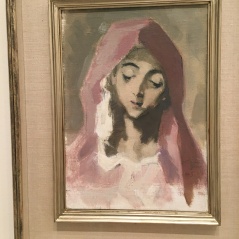 But it is her self-portraits that are most fascinating, moving increasingly to the abstract and a reduced palette, the earlier scraping of paint moving to something more alien, perhaps monstrous. It is a record of the aging process, which anticipates Lucian Freud’s work, shown in the main building just as this exhibition closes. 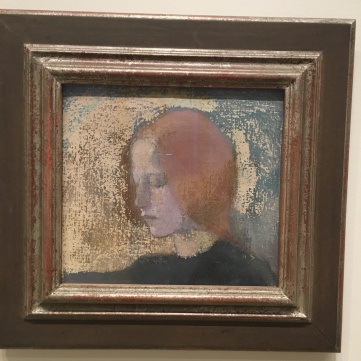 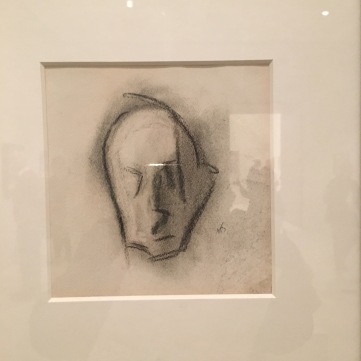 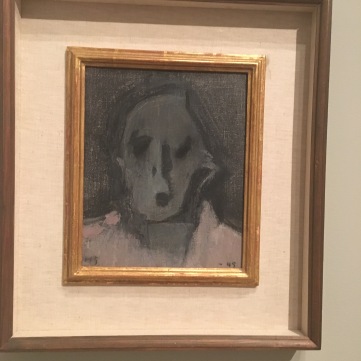