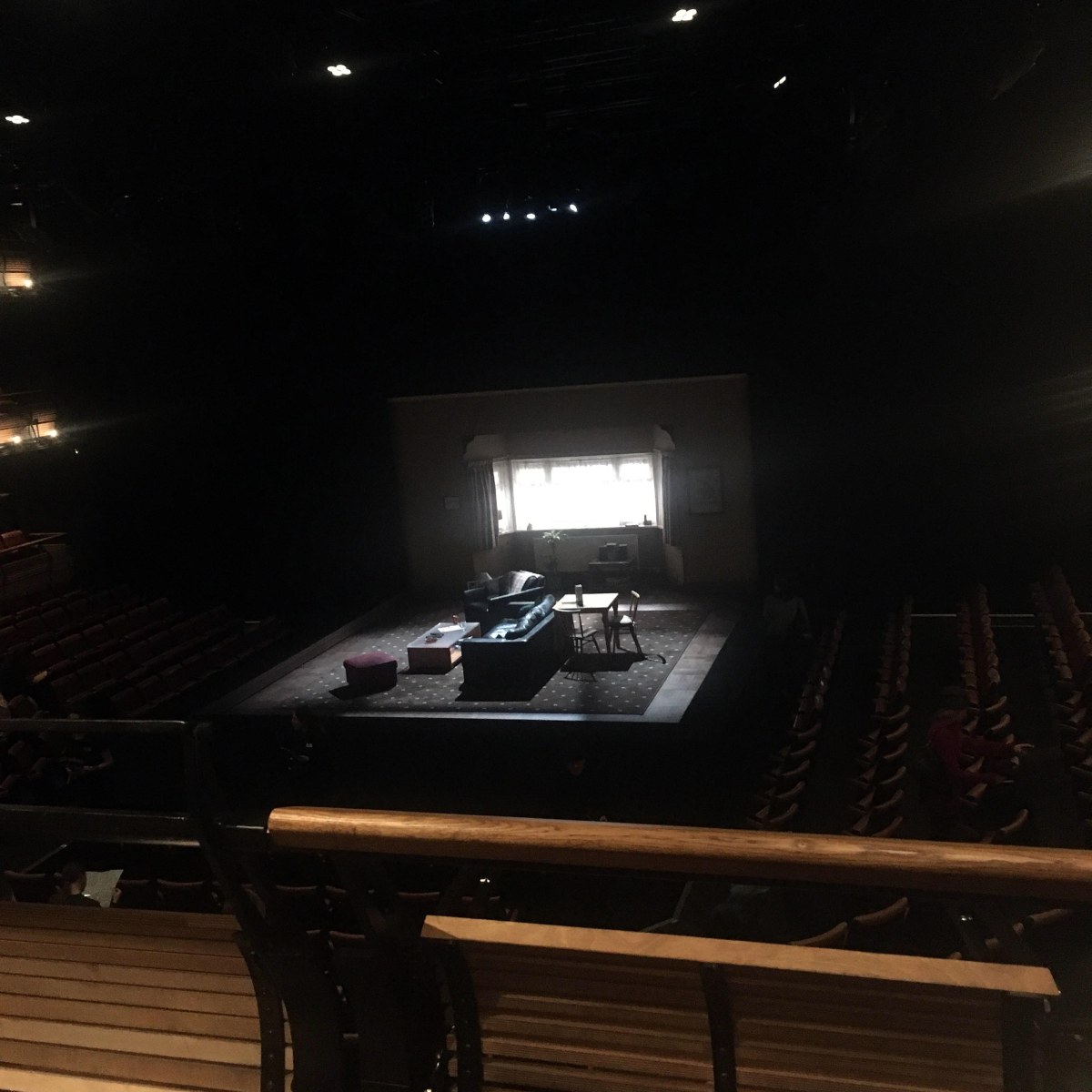 I hadn’t realised that this revival of a 2002 play was a one-act play — it’s a taut hour and change, written at the time of Dolly the Sheep. After the first Royal Court production with Michael Gambon and Daniel Craig, revivals seem to have gone for real life fathers and sons: Timothy and Samuel West, John and Lex Shrapnel. Here we have Roger Allam (who I think I saw at the RSC in about 1987) and Colin Morgan, mainly off the telly (but he was great in Benjamin).

The play begins midflow, in a living room, where Bernard (Morgan) has recently learned that he is one of a number, unspecified, of clones, and he isn’t sure what he feels about it. His father, Salter (Allam), confesses that in a period of grief following the death of his wife and son, he had a clone made and somehow the mad scientist responsible has clearly made further unauthorised copies. Bernard obviously worries about his own authenticity and whether he wants to meet himself — themselves — and see their similarities and differences. Nature and nurture play a role here, whilst Salter is ready to sue for compensation or breach of copyright or something.

But. Salter is lying. Or at least not telling the whole truth. He has had a second chance to be a father, but increasingly we realise that he was a shoddy father first time round. Is this grief or character flaw? We become increasingly unclear.

There is a blackout.

Salter is on stage alone.

There is a second blackout and the set is different — same furniture but a different back wall. Salter and Bernard are together again. But this is a different Bernard. Possibly more real, possibly less real. Or less authentic. And clearly with a less positive relationship. Is this Bernard poisoned by his upbringing or must he take responsibility?

This feels familiar in style to other Churchill plays — the overlapping dialogue that I recall the Open University teaching materials on Top Girls claim she invented, but dozens of 1930s screen writers would beg to differ over. It feels like it has a tone of Pinter — the underlying air of menace, our sense that we don’t quite get what’s going on, the uneasy mix of friendship and enmity between men that could spill into violence.

There are no women on stage — the mother is dead, that much we have to accept and any family snapshots were too far away to see. It might be that she was not the world’s greatest mother — I don’t even know if she was named — but we only have Salter’s word for what she was like and he clearly lies. Is there a sense that fathers aren’t great at being single parents — we know they needn’t necessarily be failures as fathers. There is certainly a toxic masculinity on display, but equally it is clear that that is not necessarily toxic.

Allam is gripping throughout, presumably on stage throughout, playing a man who is damaged goods and whom we may grow to dislike but maybe not hate. Morgan has the more challenging role, playing several characters or one, keeping them distinct. In retrospect, it becomes clearer how similar some of them are and some of them aren’t.

If this were a play by Tom Stoppard we would likely have more about the science and the choice of the two characters would have reflected this. Churchill doesn’t really care about the science, I fear. It’s the moral question that she explores, and I would say that she comes down on the side of nurture, even if she is aware of the impact that nature will have on us.

Perhaps the one thing that doesn’t work is the scene shifts — we don’t necessarily need all the locations, although one of them forces us to rethink the space it takes place in. The Bridge’s production of A German Life showed that you could have a single person sat in a single set for ninety minutes, even if there is some imperceptible movement. It is, of course, quite a spectacle. But the music played to cover the blackout doesn’t quite work, is a little unsubtle.