Some point last year, high on the giddy delights of being in another postcode and in a secondhand bookshop, I bought a catalogue for the 1992-93 Edvard Munch exhibition at the London National Gallery. I had no idea that there had been one — and you simply can’t have enough catalogues about him, even if sometimes they come with bonus Tracey Emin. This one had a clipping from the Daily Torygraph review by Richard Dorment tucked inside (spoiler: he “loathed it”):

There’s reason for this. Munch used to leave his pictures outside. In the elements.

This might explain the birdshit or white paint splashed on one of the versions of The Scream.

END_OF_DOCUMENT_TOKEN_TO_BE_REPLACED

Everyone knows The Scream, but Norway’s favourite painting is a remarkable nighttime mountainscape, by Harald Sohlberg. I’d been struck by his incredible yellow skies in paintings either side of doorways in Kode 3, just before the French Impression era Munch room, and again by his work at the Oslo National Museum, but he was still at number five in my top five Norwegian artists. Dulwich — who made me take notice of Nikolai Astrup — now brings Sohlberg to the UK, making it two Norwegian exhibitions at once.
END_OF_DOCUMENT_TOKEN_TO_BE_REPLACED

END_OF_DOCUMENT_TOKEN_TO_BE_REPLACED

Eventually I’ll write about characteristic Edvard Munch, but I’m very struck by this (to my eyes) French-flavoured portrait, Morning (1884), in the Rastus Meyer Collection. We have a young woman, sat on the edge of a bed, mid dressing, gazing towards the window. The sitter is Thora Emilie Dalen (b. 1868) and she was painted by Munch when he was renting a room in Haugfoss. This was the painting that Munch was to exhibit in Paris and marks a breakthrough.

END_OF_DOCUMENT_TOKEN_TO_BE_REPLACED 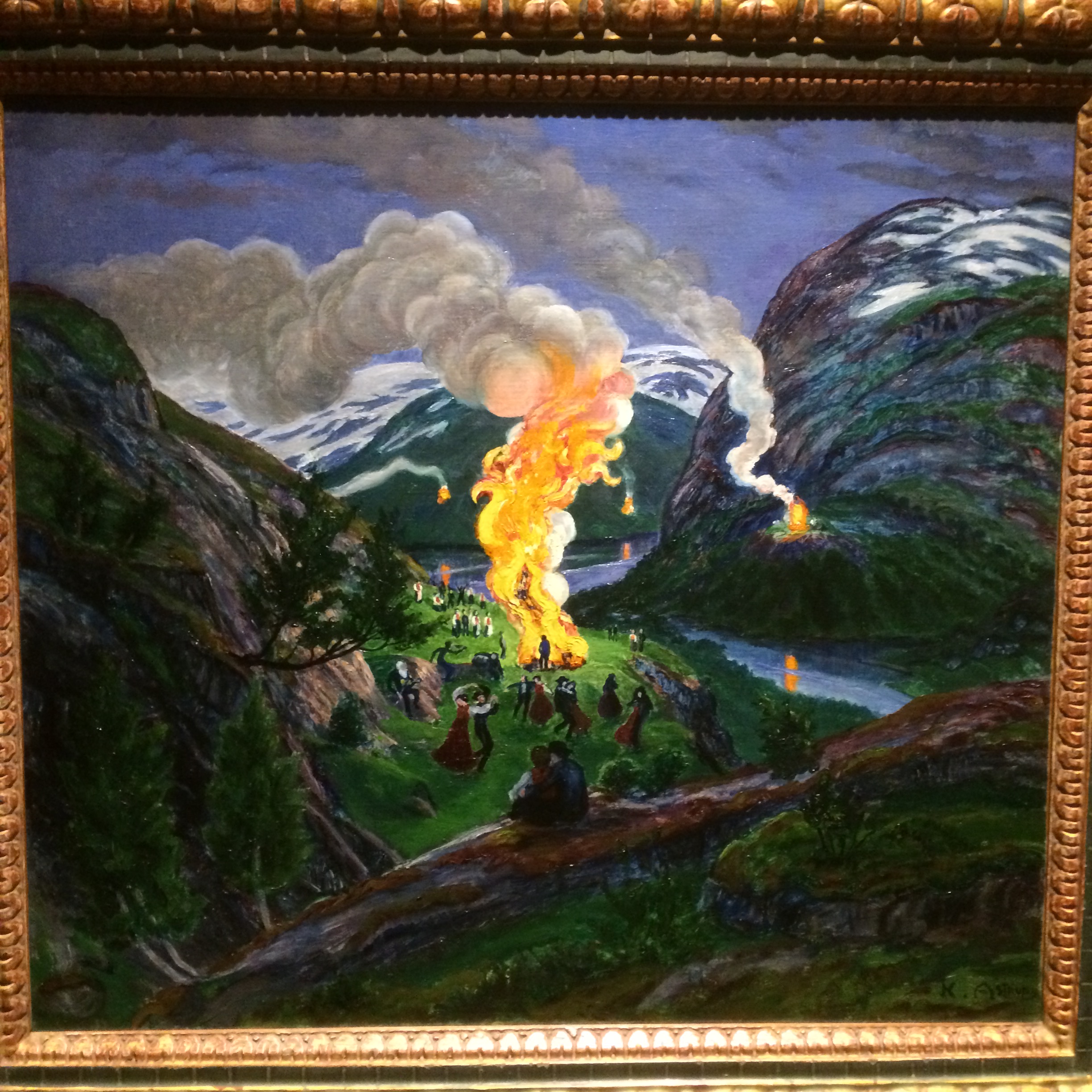