I dusted off an old paper on Avatar for the London Science Fiction Research Group conference, with added Haraway on the Cthulucene, and then went up to Liverpool for the August Sanders/Otto Dix exhibitions, with trains arriving early in both directions. This is setting me up for a major delay. Meanwhile, I got a short piece on 2001: A Space Odyssey written.

Meanwhile, I let Sing Yun Lee talk me into a trip to Compton Verney for Op Art — and I am very happy she did so. That led to a full week of lectures and tutorials, and preparing a paper to deliver at Glasgow where I was going to examine the MA in Fantasy. I was smart enough to realise that I would be coming back to a day of three lectures last Thursday and one on Friday.

Still, I could relax by catching up with Jasper Johns and Fahrelnissa Zeid and a first raid on Dalí vs. Duchamp (spoilers: Duchamp wins on points, but Dalí’s Christ of St John of the Cross is stunning, whatever Jonathan Jones says).

Glasgow turned out to be epic — the twenty minute delay in arriving after a seat-of-the-pants catching of HS1 meant the sensible and grown up use of taxi gave way to the painless subway. I located the anticipated cheese shop and an unexpected off licence. I had time to mooch around a rather dull Bute collection exhibition and mostly Scottish stuff at the Hunterian Art Gallery, but the Eduardo Paolozzi was guaranteed to cheer me up. 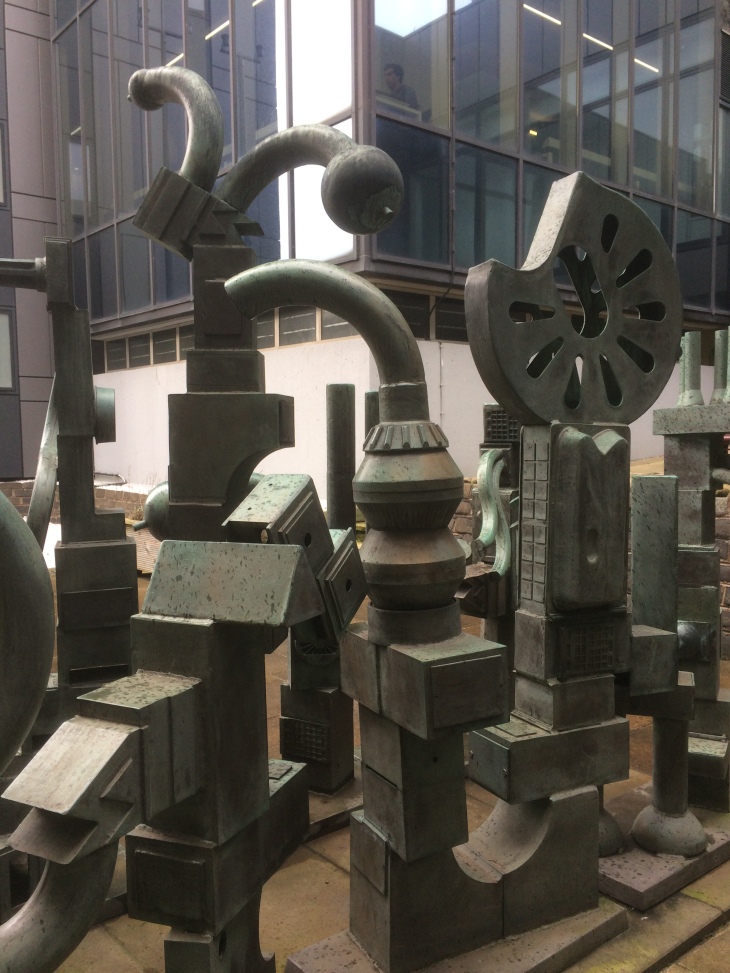 The next day I hoped to do the Kelvingrove Gallery — closed for refurbishment on two of my previous visits to the city — and GOMA. In reality, I only had time for the former. Of course, the gallery is missing its star piece, Dalí’s Christ of St John of the Cross, but I’d seen it the previous Friday, instead having the newly attributed Rubens of the world-famous gay, the Duke of Buckingham.

I’m not entirely convinced by the curating — although maybe I just don’t appreciate the Glasgow Boys and the Scottish Colourists sufficiently. There’s a good room of French Impressionists (two Van Goghs) and a couple of Lowrys.

I got to the station in plenty of time for what turned out to be a delayed or indeed cancelled train. I thus had to get across to Edinburgh and a stop every where service (Morpeth and Alnmouth!) train that got me to a more convenient King’s Cross at a less convenient two hours later than planned. I made the last train to Ashford, but the Canterbury train was a bus replacement service. The fortuitous discovery of Pumpkin Pete getting off the same train gave me a cab to share.

Today was the first day in a week that I didn’t need to be up at that time, so naturally I woke even earlier. Still, all the lectures for this week are sorted.

Tomorrow, I get to crash.